Warning: "continue" targeting switch is equivalent to "break". Did you mean to use "continue 2"? in /customers/1/1/6/madagascarethanolstoveprogram.org/httpd.www/dev/wp-content/plugins/qtranslate-x/qtranslate_frontend.php on line 497 BENEFITS - Clean Cooking Madagascar 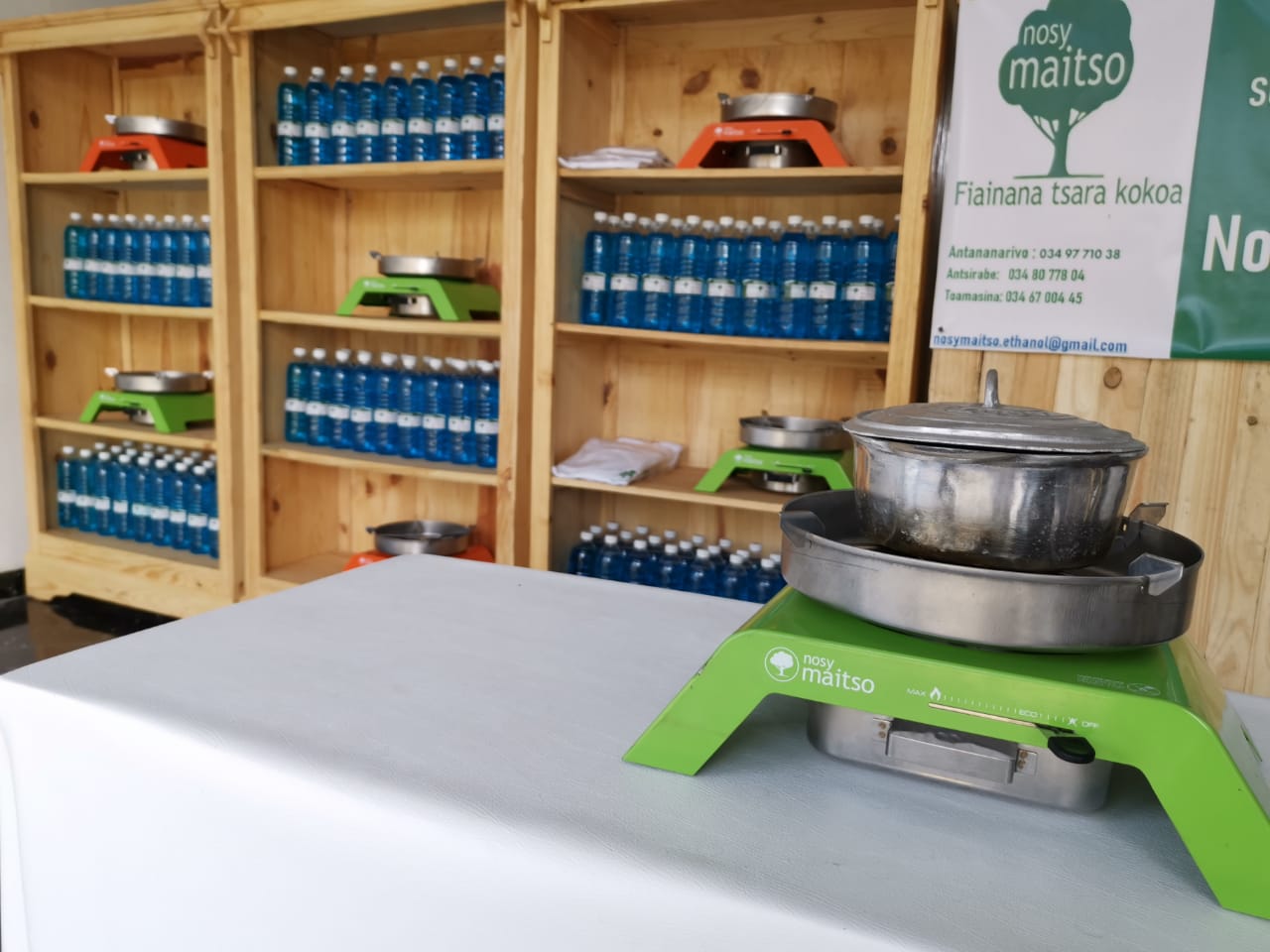 We are promoting clean renewable energy to Malagasy households...

DID YOU KNOW THAT?

21.000 deaths per year, 90% under the age of five are attributed to indoor household air pollution when cooking in Madagascar...

Also known as NOSY MAITSO, RENEW LIFE is selling ethanol stove and ethanol in the small town of Antsirabe and through different partnerships all over Madagascar.

The use of ethanol stoves has many environmental, social and economic development benefits both for households and for Madagascar as a whole.

Most Malagasy people relied on charcoal for cooking meals. With an ethanol stove, they will be able to cook for their families in a clean indoor environment. Saving their health from smoke, reducing the cost of cooking as well as saving time.

Bellow are the benefits of the Madagascar Ethanol Stove Program:

– Reduced time for Cooking, Cleaning and gathering of fuel and water:

Using ethanol stoves will reduce the time needed to cook food and will emit less sooth and smoke so that less time will be needed to clean the pots and pans as well as the house in general.

Women and children are most exposed to indoor pollution as they spend more time in the house and spend time closer to the indoor pollution sources while cooking. The use of ethanol stoves will reduce air pollution from cooking and then improve people’s health.

– Reduced number of deaths due to improved indoor pollution:

12,000 deaths per year in Madagascar are attributed to indoor Air Pollution caused by cooking. 370,000 life years are lost because of this, as many of the people that die from such indoor pollution are children. This is a problem that ethanol stoves will solve.

So, by switching from charcoal stoves to ethanol stoves more Malagasy lives will be saved.

-Reduced deforestation from avoiding the use of non-renewable woody biomass

By using charcoal for cooking, deforestation will continue or even increase and its impacts will increasingly destroy our environment. To prevent this, Clean Cooking Madagascar recommends the use of ethanol stoves for cooking which will reduce deforestation it. It will reduce the demand for charcoal and hence the number of trees that will be cut down to produce charcoal.

– Reduction in Black Carbon from using charcoal for cooking (Sooth)

Charcoal produce a lot of smoke and soot causing indoor, local and global pollution. Ethanol stoves eliminate this pollutant and emission of black carbon is therefore eliminated for households that switch from using charcoal to using ethanol as cooking fuel.

– Reduction in Co2 emission which has already been verified

Emission of Co2 contribute to global warming. This is a problem for the world, affecting Madagascar more than most others. By switching from using a charcoal stove to an ethanol stove you are contributing to a better world for all, while at the same time benefiting yourself and your family.

-Economic Development value from the use of ethanol stoves

Switching from using ethanol for cooking will primarily be to the benefit of those that will use an ethanol stove, but by doing so, they will also contribute substantially for a better Madagascar.